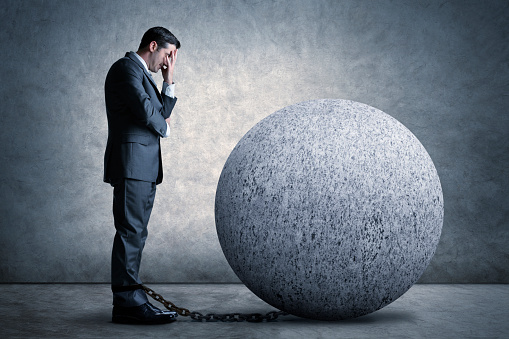 I once attended a church near my house that might more accurately be described as a cult.

My wife and I left it nearly twenty years ago and really have not given it much thought since. Although it was pretty much a clean break from our side, it proved to be a more difficult breakup from the viewpoint of the cult. For a number of years, they initiated attacks on us, most recently when one of them sent an abusive private message to my wife via Facebook and then blocked us all before he could be answered.

Pardon me as I avoid referring to this place as a church. It was set up then, and is still today, as a family business. The dad started it when he caused a rift at the denominational church where he had committed to shepherding. But, things didn’t go his way and, rather than working out the difference of opinion, he took a good part of the tiny congregation with him to start the new “church” in a local social club. The new church was set  up with the dad at the helm, with a constitution designed to keep someone from splitting his group the way he’d trashed his old church.

My family attended that group for more than two decades. We were active, we served as elders, Liz led worship. We were very happy and blissfully uncaring that this business was run like few others. Nearly every paid position in that business, and there were many, was filled by a family member or family friend. There was little chance that any Sunday donation would see the light of the outside world before it graced a friend’s pocket. Don’t get me wrong. I’m not hinting that there was anything illegal going on. Just something unseemly. And we didn’t care. It’s a good thing that didn’t bother us. Because my wife was on the payroll, too.

Eventually, embarrassingly far along in our Christian walk, we began to yearn for a different type of Christianity than we practiced in that building. We felt called to serve in a smaller church that needed our help. The one we’d been attending had grown to about 500 people (1600 in any of their press mentions). They were fine. We wanted to go where we were needed. So, I wrote a letter to the dad, letting him know that we were leaving under the best of terms, had no grievances, and wanted to serve in a smaller church.

One of the first things we were able to do with that small church was to pick up litter around the entire neighborhood. That was what we were doing when our local paper showed up to take a picture. And, when it was printed in the paper, all hell broke loose.

I got a phone call from the dad’s secretary and was told that I should call the dad. He wanted to speak to me. Now, I was shocked. I had been a group member for over two decades! Yet, somehow, the dad didn’t feel as if he had the freedom to phone me. I assured the secretary that he was welcome to place that call and that he should call me on the very same number she’d successfully reached me at. Yes, I know he had her call me because he was playing a power game. But, unless you are the Pope, I win those games. So, he caved and called me.

He initiated the phone call by introducing himself merely as “Pastor.”  That forced my stubborn self to begin a practice I’ve kept up until this day. I addressed him by his name, not his title. How angry he was! What, he asked, were people going to think about his “church” if they saw us picking up garbage in the street? Why would we minister at another church if it was not something designed to embarrass him?

He demanded a meeting at his office. We offered to have it in our living room. He refused, insulted that we would challenge his authority. I pointed out that we had left cordially, that we wished him the best. I also told him that his son was coming to our house to speak with us the very next week.

Or, so I thought…

My Tweets
To Give a Defense
What's Kicking Chicken?